This site uses cookies and services for collecting technical data of visitors (data about IP-address, location, etc.) to ensure operability and improve the quality of service. By continuing to use our site, you automatically agree to the use of these technologies.

View more
Back to blog 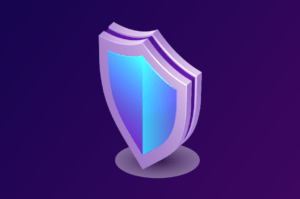 Ruward company together with the Site Secure service checked the security of sites operating on the most popular CMS. According to the results, it turned out that free content management systems, on average, 4 times more susceptible to infection and blacklisting compared to commercial ones.

But even among free CMS, the picture with the vulnerability is very different. So, 5% of the sites on Datalife Enginie were blacklisted, but on TYPO3 there are no resources in these lists. The researchers believe that this picture is related to the work of the support team, which regularly releases updates and informs users about new vulnerabilities discovered.

It is noted that the use of an updated version of CMS on average reduces the risk of problems on the site by a factor of 2. At the same time, the version of the web server does not play a key role, the distribution of problem resources is even.

In addition, the researchers found that Yandex is 4 times more likely to blacklist sites than Google, but these lists overlap by only 10%. This factor should pay attention to webmasters and optimizers and track both search engines.

In addition to obvious problems, there are also hidden ones that pose no less a threat to site owners. Thus, about 15% of checked resources directly or indirectly participate in spamming, which can paralyze the work of its own mail and hamper the delivery of incoming requests from customers. In addition, about 4,500 of the 30,000 checked sites are vulnerable to vulnerabilities that can cause significant financial damage to owners.

Landing page: an effective tool or a tribute to fashion?
What to promote - a site or brand?
Safety of CMS